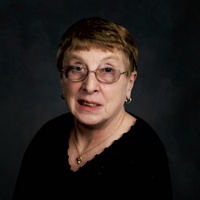 Shirley Mae Mueller, age 81, passed away on Tuesday, February 9, 2021 at Hillcrest Rehabilitation Center in Mankato, MN.  Public visitation will be Friday, February 12 from 5-7 PM at the funeral home. Due to the COVID-19 Pandemic guidelines, masks are required and social distancing will be enforced. A private family funeral service for Shirley will be held at 2 PM on Saturday, February 13, 2021 at Patton Funeral Home in Blue Earth, MN with Rev. Jeanette Bidne and Pastoral Intern Sarah Krolak officiating. A Livestream of the service will be available on the funeral home website located after Shirley’s obituary. Interment will immediately follow in Riverside Cemetery, Blue Earth, MN.  Shirley’s burial will include the ashes of her late husband, Donald Albert Mueller, who passed away in 2017.  Web tributes may be left at www.pattonfh.com.

Shirley was born June 24, 1939 to Levi Gustav Strid and Helen Alice (Nelson) Strid in Delmont, SD.  Shirley was baptized and confirmed at Delmont United Methodist Church. Like her husband whom she would later marry, she was the oldest child.  The family lived on a farm that Levi farmed in Charles Mix County, SD. It was here that Shirley won a local spelling bee.  When Shirley was a freshman in high school, the family moved into nearby Delmont, and Shirley graduated from Delmont High School on May 17, 1957.  In school, Shirley learned to play the clarinet and later in her life in Minnesota she taught herself how to play the keyboard.

After graduation, Shirley began her new life as a waitress.  While working in a café in Pierre, SD, Shirley met a young mechanic, Donald Albert Mueller.  Shirley became Donald’s bride being united in marriage on October 27, 1963 in Tucson, AZ.  This is where Donald’s parents resided at the time.  Donald and Shirley returned to South Dakota to begin their family with Michael Lee born in 1965, and Pamela Ann born exactly 14 months later.

In 1972, Donald and Shirley, and their young children moved to Blue Earth, MN.  Soon thereafter, Shirley started working at Telex Communications in Blue Earth as an assembly line worker. Thirty-three years later, Shirley retired from Telex in 2005. After her retirement, Shirley found herself at AmericInn serving breakfast to all the traveling guests for several years.

Shirley enjoyed sharing a cup of coffee with family and friends, playing cards, Scrabble, and was always found completing countless word finds.  People were not strangers for very long as Shirley always enjoyed a good visit.  She especially enjoyed talking to her family on the telephone. She never passed up a Bingo card or visit to her grandchildren. Her children and grandchildren provided her much happiness and joy throughout her life.

To order memorial trees or send flowers to the family in memory of Shirley Mae Mueller, please visit our flower store.