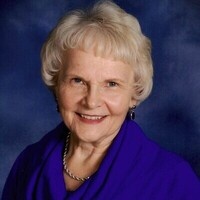 Sandra Giese, age 77 of Blue Earth passed away Saturday May 1, 2021 at St. Mary’s Hospital in Rochester. A funeral service will be held at 1pm Saturday May 15 at St. Paul’s Lutheran Church in Blue Earth with Rev. Matthew Lorfeld officiating. Visitation will be one hour before the service at the church. Burial will be at Riverside Cemetery in Blue Earth. Online condolences can be left at www.pattonfh.com

Sandra Kay Vogt was born in Blue Earth on January 18, 1944. The youngest of the four “Vogt Girls” as they were known. She was supposed to be the boy that her dad wanted for help on the farm. Although she helped some while growing up, instead she chose a path to serve those that farmed. That was the farmers that always had her great respect and she was able to work at a job she loved. Sandy attended country school district 29 in Faribault County through the third grade and when it was closed, she moved on to attend the Blue Earth public school graduating with the class of 1961. She worked for the county extension office at the Faribault County Fair and on September 5, 1961, at the age of 17 was hired by the then office manager, Melvin J. Anderson, at the Faribault County ASCS office in Blue Earth.

Sandra and William (Bill) Giese were married in 1963 and their marriage was blessed with two sons, Craig William and Byron John. Byron is a special needs child and lived in their home and with Sandy until February 2019 when Sandy moved into Southview Apts. and Byron moved to a group home.

In the summer of 1985, Sandy entered CED (County Executive Director USDA/MN State ASCS) training. This was to be a six-month course traveling to various counties in the state which she did, seeing more of Minnesota than she ever knew existed. Upon completion of the training, she was hired by the Red Lake County ASCS Committee at Red Lake Falls, MN and became the County Executive Director of that office on March 17, 1986. In November of that year she was hired by the West Otter Tail County ASC Committee at Fergus Falls. She retired from there on February 1, 1999 following 37 plus years of employment with the USDA-FSA. Each Wednesday during the majority of the 13 years working in West Otter Tail she has a short radio program announcing the current FSA program news and closed with her “Thought for the day” which she always said more people knew her by her name than any other thing she did.

Left to cherish such fond memories are her two sons: Craig (Ellie) of Oak Grove and Byron of Fairmont. Her sisters; Dorothy Stensland of Blue Earth and Shirley Gudal of Bricelyn. Eight godchildren, many nieces, nephews, cousins, friends and neighbors.

To order memorial trees or send flowers to the family in memory of Sandy Giese, please visit our flower store.