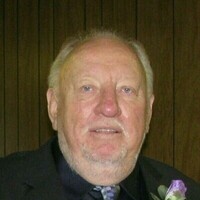 Roy Douglas, of Delavan, passed away suddenly on Thursday, March 18 th, 2021 at the age of 75. Visitation will be Friday, March 26 th, from 5-8pm at Patton Funeral Home, Blue Earth. There will be no service at this time. Patton Funeral Home has been entrusted with the arrangements.  www.pattonfh.com

Roy Truman Douglas was born December 3 rd , 1945 in Winnebago, MN, the only child of James Truman and Freda Martha Minnie (Nemitz) Douglas. He was raised in the Lura Lake area and graduated from Delavan High School in 1963. He then farmed with his dad. He married Catherine Ann Haase, on July 26 th, 1969. From this union, two children were born, Michelle and Troy.

Roy was a man of many talents. He drove bus for the local school as well as the county. He was a police officer in Delavan for a short time, as well as continuing to farm . The family moved into the “city” of Delavan, where Roy was on the Faith Lutheran church council and active member of the Delavan city council, recently retiring after 25 years.  Roy always had a strong opinion. His routine was similar every day… Wake up…Fox News…Coffee…Repeat. This summed up his more recent retirement years. Mostly, he cherished time with his grandkids at their various sporting events, fishing and camping in the summer with family and friends, and tinkering in the garage. Roy’s absence on his John Deere mower and in the stands at area sporting events will be noticed.

To order memorial trees or send flowers to the family in memory of Roy Truman Douglas, please visit our flower store.