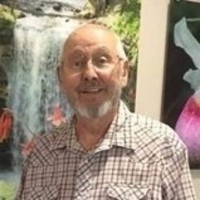 Ronald D. Hanevik, age 79, of Fairmont, passed away on December 22, 2019 at the Mayo Clinic Health Systems in Fairmont, surrounded by his family.  Memorial Service will be held on Saturday, December 28, 2019 at 2 PM at Patton Funeral Home with visitation one hour prior. Web tributes may be left at www.pattonfh.com.

Ronald Dean Hanevik was born January 5, 1940 in Elmore, to Berner and Lauretta (Thompson) Hanevik.  He was raised and educated in Frost, graduating in 1958.  He married Patricia Lou Claude on June 16, 1959, they raised their children in Blue Earth and in 2006 moved to Fairmont. Ron was a mechanic by trade and was employed with Enterlines, Smith Sales and Service, L & M Motors and self employed with Downtown Car Care. He retired in December 2005.

Ron enjoyed camping, hunting, and fishing. He loved naps with his cats, Lily and Amy. He also enjoyed woodworking and flying kites. He was a jokester and loved to tease those around him. Ron loved his family dearly, and his grandchildren held a special place in his heart.

He is preceded in death by his parents, an infant sister and brother Douglas Hanevik.

To order memorial trees or send flowers to the family in memory of Ronald Dean Hanevik, please visit our flower store.