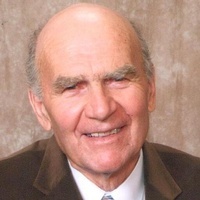 Raymond Marvin Bell, 79, of Blue Earth, died July 26, 2018 at his home as a result of a stroke.  Funeral Services will be held at 11AM on Monday, July 30 at St. Paul Lutheran Church, 305 E 5th St, with Rev. Matthew Lorfeld presiding.  Visitation will be held one hour prior to the service at the church.  Inurnment will take place immediately following the service at Riverside Cemetery of Blue Earth.   Raymond is a Blue Earth high school graduate of the class of 1956. He entered the Armed Forces in August 1956 and was discharged in July 1958 serving with the U.S. Army and stationed in Germany. Raymond was united in marriage to Patricia Sohn on September 13, 1958.  To this union four children were born. He farmed his entire adult life and enjoyed every day spent on the farm. Raymond is survived by his wife, Patricia; their four children, Cameron (Teri) Bell, Marc (Jane) Bell, Cheryl Bell and Jeffrey (Diane) Bell; six grandchildren, Joshua Bell, Amanda (Michael) Tomlinson, Melissa Bell, Eric (Corbin) Bell, Andrew (Nicole) Bell, and Mathew Bell; and one great-granddaughter, Eliza Jane Bell. Raymond is preceded in death by his parents, George and Helen Bell; brother, Norman Bell and sister, Marion Bell.
To order memorial trees or send flowers to the family in memory of Raymond Marvin Bell, please visit our flower store.