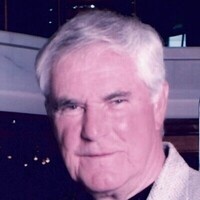 Pierre Hynes Willette, a longtime farmer who ran the Willette Seed Farm with his father and brothers, died May 1, 2022, of heart failure. He was 85.

A Mass of Christian burial will be open to the public and held at 11a.m. Saturday, May 21, at SS Peter & Paul Catholic Church with Fr. Gregory Parrott officiating. Public visitation will be from 4-7 p.m. Friday, May 20, at Patton Funeral Home and continue one hour before the service. Inurnment will be at Calvary Cemetery.

Pierre, known to many as Pete, was born June 16, 1936, in Winnebago to Donald and Florence Hynes Willette. He graduated from Delavan High School in 1954 and continued his education at St. John’s University, earning a B.S. in biology and a commission as a second lieutenant in the U.S. Army.

He returned to the family farm and seed business, working there until he and his brothers retired in 2004.

Pierre married Lorraine Butler on Sept. 13, 1958. They were high school sweethearts, and their children delighted in the yearbook photo of Pierre, as captain of the football team, crowning Lorraine homecoming queen.

A natural athlete and gambler, he reveled in competition. He played football, baseball, basketball, softball, blackjack, cribbage and craps with his children, grandchildren and friends.

Pierre took up golf in middle age. Through practice and determination, he overcame a baseball-bat swing and developed a passion for the game’s joys, frustrations and fellowship. He enjoyed driving vacations through the West, during which he and Lorraine collected Native American art. A lifelong early riser, he was a breakfast regular at local cafes.

He is also survived by sister Mary (Mark) Hughes; brothers Tom (Nancy) and Jan (Linda); and sister-in-law Judith. He was preceded in death by his parents; brothers DePaul and Mike; sisters-in-law Lois and Joie; and son-in-law Rick.

To order memorial trees or send flowers to the family in memory of Pierre Willette, please visit our flower store.