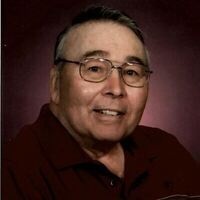 Paul Frederick Prescher was born on June 3, 1946 to Arnold and Everald (Wood) Prescher.  He graduated from Delavan High School in 1964 and went into the National Guard. On April 12, 1969 Paul married Ruth Lord. Paul farmed most of his life and drove school bus for 25 years. Much of his free time was spent hunting, fishing, traveling, and watching sports with friends and family.

Paul acquired his pilot’s license and flew for recreation. Paul was a Barber Township Board Member for many years and a member of Immanuel Lutheran Church and held many positions there.

In 2007 Paul was injured in an accident that confined him to a wheelchair but he continued hunting as much as possible with a crossbow.

He was preceded in death by his parents and parents-in-law; brothers-in-law Dennis Lord and Kenneth Claude.

******Due to the rural nature of the church setting, the live stream will not be occurring today. The funeral service will be recorded, rather, and placed on the website later for your viewing. thank you.******

To order memorial trees or send flowers to the family in memory of Paul Prescher, please visit our flower store.