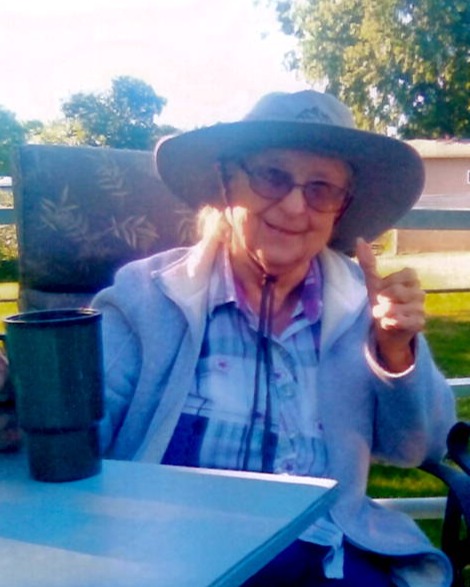 Norma L. Mercer was born on February 26, 1928 on a farm near Dimock, South Dakota. The daughter of Carol and Augusta (Moke) Sperlich. She was baptized in March of 1928 at St. John’s Lutheran Church in Hillside, South Dakota. She was confirmed at Salem Lutheran Church in Parkston, SD on April 6, 1941. After Norma’s father’s death in 1932, she and her mother moved to Parkston; until 1943, when they moved to Blue Earth, Minnesota.

In April of 1945, Norma met the love of her life, Elmer Mercer. The couple married on December 23, 1945. To this union was blessed with three children, David, Wendy, and Leslie.

Norma worked at Berg’s Café, the Candy Box, Ludke’s Bar, Pool Hall, served on the alter guild, was a greeter at St. Paul’s Lutheran Church, and also served at VFW Auxiliary. In 1957, Norma and Elmer ran the Sportsman’s Bar on Hwy 169, until 1961. They then purchased Bob Noffke’s Station, Bar & Motel, which they operated until 1992. At this time they retired, due to Elmer’s health.

Norma loved to crochet, knit, go fishing, work with flowers, put puzzles together, and loved to spend time with her children and grandchildren.

Left to cherish her memory are her children, David (Sandra) Mercer, Leslie Mercer, and Wendy Hamre; 11 grandchildren; and 26 great grandchildren. She was preceded in death by her parents; husband, Elmer; great grandson, Hunter Mercer; 6 brothers; 3 sisters; and many nieces and nephews.

Norma passed away on Sunday, January 22, 2023 peacefully at her home. Funeral services will be held at 11am on Thursday, February 2, 2023 at St. Paul’s Lutheran Church in Blue Earth. A time for visitation will be held one hour prior to the service. Burial will take place at Riverside Cemetery in Blue Earth.

Memorial donations are preferred to UHD Hospice. If anyone is unable to attend the service, cards for the family may be mailed to Patton Funeral Home, Care Of Norma Mercer.

To order memorial trees or send flowers to the family in memory of Norma Mercer, please visit our flower store.