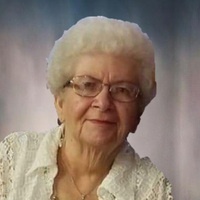 Minnie Besendorf, age 81 of Blue Earth passed away Monday April 26, 2021 at the United Hospital District in Blue Earth. A funeral service will be held Thursday April 29 at 1pm at Patton Funeral Home with Rev. Todd Substad officiating. Visitation will be from 11-1 Thursday at the funeral home. Burial will be at United Lutheran Cemetery in Frost. Online condolences can be left at www.pattonfh.com

Minnie was born November 15, 1939 in Clarence, MO to LaVerne and Frances (Gilliss) Turner. She was one of three children. After high school, she joined the Women’s Army Corp. She served our country for 22 years, traveling and moving to places such as France, Germany, Georgia and Texas. She worked as a finance technician, but she was also quite courageous and did a lot of skydiving. Her husband Philip was also in the military and they married December 9, 1960 at Ft. Hood.

Although she had a military background, known to be stern, Minnie was quite the opposite. She was a very funny and charismatic women who always enjoyed making others laugh, even if it was at her own expense. She was very kind and giving as well. She volunteered her time at Faith Lutheran Church in Delavan making quilts, was a member of the Naomi circle and when she wasn’t quilting, knitting, crocheting, and doing needle point she had a passion for African Violets. Her green thumb grew her numerous plants that would often multiply quicker than she could keep up with. While living in Oklahoma, she started the Adoptee Liberty’s Movement which is a program that assists in bringing families together that may have been given up for adoption and wanted to reconnect. That program is still running today. Although she was always on the go and willing to try new and adventurous things, her family, especially her grandchildren were always at the center of her heart. She enjoyed spending as much time as she could with them.

Minnie is preceded in death by her parents, her husband Philip and her sister Juanita Cockrum.

To order memorial trees or send flowers to the family in memory of Minnie Besendorf, please visit our flower store.