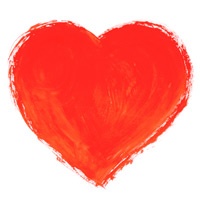 Michael David Nelson, of Blue Earth, passed away on February 13, 2020 at his home, He was 66 years old. There are no services at this time.

Michael was born on June 29, 1953 to Donald and Dorthy (McClelland) Nelson. He graduated high school and continued his education as an auto mechanic.  He cherished times with his family and friends. Michael loved all things outdoors and he especially loved his music.
Michael is survived by his fiancee Muriel Gjerstad of Blue Earth; daughters, Jeanne Nelson, of Algona, IA and Jennifer Nelson (Nick) of Fort Dodge, IA; son, Tony Johnson of Thompson, IA; his mother, Dorthy Britt of Hemet, CA; brother, Alfred "Butch" Radke of CA; and 8 grandchildren.

He was preceded in death by his father, brother and grandparents.

To order memorial trees or send flowers to the family in memory of Michael David Nelson, please visit our flower store.