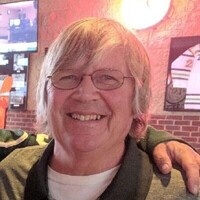 Marlon Teigland, age 71 of Blue Earth, passed away on Saturday, November 13, 2021 at his home. A Celebration of his life, as well as Fern’s, will be held at a later date. Patton Funeral Home is entrusted with arrangements. www.PattonFH.com

Marlon John Teigland was born on March 3, 1950 in Blue Earth, MN to his parents, Marvin Julius and Bessie Irene (Olson) Teigland. He grew up in Blue Earth and graduated from High School from East Chain. He went on to attend Vo-Tech school in Mankato. On August 8, 1971, he married Fern Marie Ankarlo, together they raised 3 children. He and Fern would travel and live in several places from Minnesota to Florida and back. He worked for Waste Management and retired in December of 2019. Marlon loved the outdoors, camping, his dogs, but most of all anything with his family. He and Fern recently celebrated their 50th wedding anniversary, before Fern passed away on October 26, 2021, just a few weeks before him.  “Dad, You’re back with Mom forever now”.

In addition to his parents, he is preceded in death by his wife Fern Teigland; all four of his sisters, Marilyn Jensen, Carolyn “Sis” Cole, Beverly “Bunny” Owens and Annie Mae Hanson as well as several in-laws and nieces.

To order memorial trees or send flowers to the family in memory of Marlon John Teigland, please visit our flower store.