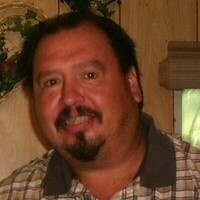 Mark E. Cervantes, age 69, of Blue Earth passed away unexpectedly at home on December 22, 2020. A private family service will be held at a later date. Web tributes may be left at www.pattonfh.com.

Mark Ellis was born on August 29, 1951 in Blue Earth to Angel and Anita (Torres) Cervantes. He attended and graduated from Blue Earth Highschool. On August 29, 1975, Mark married Darlene Kay Matteson in Sioux Falls. Throughout his life, Mark was employed at several places, including Seneca, Elmore Nursery, and Tafco. He also drove the Head Start bus for 27 years. He enjoyed this job most of all, and the kids would call him “Papa Mark”.

Mark enjoyed spending time outdoors, gardening, mowing, and fishing. He also loved all animals, especially dogs, cats, and chickens. Mark was a storyteller and loved to make people laugh. He was kind, loving, and would go out of his way to help others. Mark had a big heart and he will be missed.

He is preceded in death by his parents, stepmother, Isabel Olivo, and sister, Kathleen Cervantes.

In lieu of flowers, memorials to the family are preferred.

To order memorial trees or send flowers to the family in memory of Mark Ellis Cervantes, please visit our flower store.