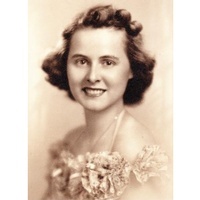 Marie Frances (Molle) Spencer, beloved wife, mother, grandmother, and pioneering law student, died March 6, 2018, at Nine Mile Creek Senior Living, Bloomington, Minnesota.  She was 102.  Marie was born on April 20, 1915, in St. Paul, MN, to Emile-Valere and Hildur (Eriksson) Molle. E.V., a Belgian immigrant, taught languages at Notre Dame and at the University of Minnesota while attending evening classes at the St. Paul College of Law.  After E.V. earned his law degree, the family moved to Marshall MN, where E.V. established a law practice.  Marie distinguished herself throughout her high school years as valedictorian of her class and as an active participant in drama and musical activities.  After graduation, Marie majored in philosophy at the University of Minnesota, enjoyed continuing academic success and was one of the few non-music majors to perform with the University Singers in musical theater and operettas. After earning her B.A., Marie enrolled in the University of Minnesota Law School, one of only two women in her class.  During this time, she met Eldon John Spencer of Blue Earth, Minnesota.  After an engagement prolonged by the turbulence and uncertainties of war in the 1940s, the couple was married at Fort Riley, Kansas on June 28, 1944.  When the U.S. Army prepared for a possible Axis invasion, Eldon accepted a joint Judge Advocate/Army Cavalry commission and the couple moved to Puerto Rico. They made lifelong friends before returning to Blue Earth, where Eldon had a 40+ year career as city attorney.  Marie, choosing to put aside her law studies to raise her family, remained active in community service. She was a member of the Blue Earth Housing Commission, the Library Board, the American Legion Auxiliary, and a lifelong member of Saints Peter and Paul Catholic Church.  Marie was a strong advocate of education, proud of her European heritage (her mother Hildur emigrated from Sweden), and a loyal supporter of family.  When Eldon passed away in 1986, Marie carried on with grace and determination, living independently for many more years in the family home on South Nicollet in Blue Earth.  She leaves behind three children Eldon Jr. (Ann), James (Charlotte) and Cynthia Vennes (Gary) and six grandchildren Ryan (Suzanne) Spencer, Craig (Tam) Spencer, Elisa (Russ) Spencer Kaplan, Christina (Ketan) Bhirud, William Vennes and Kimberly Vennes.  Marie's seven great-grandchildren are Ethan and Logan Spencer, Christopher and Caitlyn Spencer, Emilia Spencer Kaplan, and Harrison and Bennett Bhirud.  Also surviving: brother-in-law David (Beverly) Spencer and sister-in-law Elizabeth Spencer.   She was preceded in death by her husband, Eldon, her parents, and five brothers and sisters.Mass of Christian Burial will be held at Saints Peter and Paul Catholic Church in Blue Earth at 11 am on Thursday, March 15, 2018, with visitation from 9:30 to 11:00 am before the service.  Memorials, if desired, are preferred for the Friends of the Blue Earth Community Library.  Marie loved family and friends, and enjoyed card games, travel, trips to the Ash River cabin, reading and music. She will be laid to rest next to her husband at Calvary Cemetery in Blue Earth.
To order memorial trees or send flowers to the family in memory of Marie Frances Spencer, please visit our flower store.