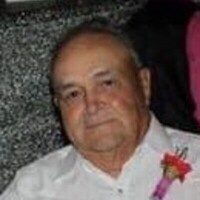 Leon Farrow, of Ledyard, passed away Friday, August 7, 2020 at Kossuth Regional Health Center in Algona at the age of 88. A Memorial Service will be held Tuesday, August 11, 2020 at 10 AM at the Bethany Evangelical Reform Church in Ledyard, Iowa with visiting pastor Mark Brickzin officiating. Patton Funeral Home in Blue Earth is entrusted with arrangements. www.PattonFh.com

Leon Kermit Farrow was born on July 20, 1932 in Blue Earth, Minnesota to his parents Gurney Ralph Farrow and Alice (Krosch) Farrow. His parents moved to the farm when he was 6 years old and he has spent his entire life on the same farm. He attended and graduated from Ledyard High School. Leon served in the United States Army from 1952 to 1954. On June 5, 1959, he married Joyce Remona Elmore and they made their home on the family farm. Raising 5 children in the ways a farmer does. He was proud of them. He enjoyed farming and was a farmer to the very core. His love for raising cattle was evident to all. He was a cattle buyer and loved to spend time at the sale barns. In his later years he made beautiful bowls and plates from wood. His determination kept him farming even during the past few seasons when he needed to be lifted into the tractor with a forklift. His family and farming were his passions. Whenever someone asked him how many children he had he would put up his whole hand and say ’a handful’!

To order memorial trees or send flowers to the family in memory of Leon Farrow, please visit our flower store.