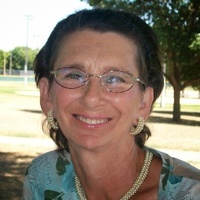 Kathy Lee Ferguson (70) of Elmore passed away peacefully at home surrounded by family on Sunday, May 26, 2019.

A celebration of life will be held at 11AM Friday May 31 at Shiloh Lutheran Church with Rev. Robert Roettger officiating. Visitation will be held on Thursday May 30 from 5-7pm at Patton Funeral Home in Blue Earth and one hour prior to the memorial service at the church.  Inurnment will take place at Riverview Cemetery in Elmore. Online condolences can be left at www.pattonfh.com

Kathy was born on December 16, 1948 in Elmore to Gerald and Berniece Kurth.  She was raised in Elmore and returned to Elmore to raise her own children, Ron and Donna.  She was married to Alvin Ferguson on June 17, 1989. Together they enjoyed fishing, playing cards, and spending time with children and grandchildren.  Kathy also enjoyed her yardwork and coffee with friends, but her greatest joy was found in her love of the Lord.  She enjoyed reading His word, and Bible studies at Shiloh Lutheran Church.  This woman of faith is now resting in the arms of her beloved Savior.

Kathy, saved by grace through faith, is now rejoicing in Heaven with those who preceded her in death; her parents, Gerald and Berniece (Anderson) Kurth; brother, General Ronald Kurth; and sister, Diane Rittenhouse.

To order memorial trees or send flowers to the family in memory of Kathy Lee Ferguson, please visit our flower store.