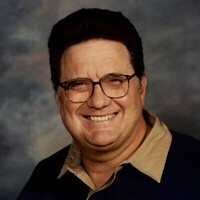 John William Daly was born April 2, 1940 to William and Greta Daly in Fairmont, MN. He grew up on the family farm with two sisters. He graduated from Fairmont High School and then went on to the University of Minnesota where he earned his bachelor’s degree. John then returned home and worked at the Ben Franklin store for many years doing what he loved most, interacting with people. John was a very social person, enjoyed striking up a conversation with just about anyone. He came to be known as the “dime store man”. When his father passed, he returned to the family farm to care for the land and his mother until her passing.  The decline of his own health then forced him to retire. He had a big heart and was always willing to help others. Auctions and collecting antiques were some of his hobbies and he was also a member of the Knights of Columbus.

Left to remember such a kind man are his sisters Betty Simpson of Edina and Nancy (Steve) Warner of Blue Earth. His nieces and nephews; Dawn, Sherry, Erin, Joe, Paul, John and Mark as well as other relatives and friends.

He is preceded in death by his parents and brother-in-law Marlyn Simpson.

To order memorial trees or send flowers to the family in memory of John William Daly, please visit our flower store.