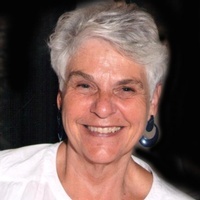 Jane Martha Simon 73 of Blue Earth passed away Thursday September 6, 2018 at St. Luke’s Care Center in Blue Earth. A visitation will be held Monday September 10, 5-7pm at Patton Funeral Home in Blue Earth and one hour prior to the service Tuesday September 11, 2018 at 2pm at First United Methodist Church in Winnebago. Online condolences may be left at www.pattonfh.com.

Born August 9, 1945 in Albert Lea, MN. Daughter of Fred and Mildred (Noble) Werner. She graduated from Wells High School in 1963 and Hamline University in 1967.

Jane married Dennis Simon on July 22, 1967. They made their home on an acreage near Winnebago, MN where they were in the horse business. They had 2 children; Jody and Jay who became the center of their world.

She was a medical technologist and worked at the Fairmont Community Hospital from 1967 – 1971. She worked at United Health District Hospital from 1971 – 1975 where she then became the lab supervisor at Fairmont Medical Clinic until the merger with the Mayo Clinic Health System. She retired in 2009. She was a lifelong member of the Winnebago United Methodist Church where she served various offices within the church and UMW as well as singing with the choir.

Jane was always involved in the quarter horse industry and was president of the Minnesota Amateur Quarter Horse Association and served on the Board of Directors. She was Chair of the Show and Contest Committee for the International Buckskin Horse Association. She was a member of the Gopher Saddle Club, Iowa Ranch Horse Association, and the Wisconsin Foundation Quarter Horse Association. Her greatest joy was teaching 4-H riding lessons and watching her students progress. Her passion was showing her horses and helping children grow in horse related activities. She retired from showing in 2016.

Dennis died in 2008 and Jane married David Nagel in 2014 and moved to Blue Earth. In retirement, she was an avid reader, bridge player, and world traveler.

Jane was preceded in death by her husband Dennis, parents, sister and brother-in-law Joyce and Irwin Tiegen Jr., and nephew Eric Tiegen.

To order memorial trees or send flowers to the family in memory of Jane Martha Simon, please visit our flower store.