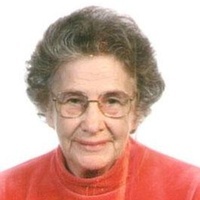 Ina V. Runyon, age 87, of Blue Earth, passed away on Thursday, January 18, 2018 at United Hospital District in Blue Earth, MN.   Ina was born on February 17, 1930 to Ira and Olive (Kately) Earll in Boone County, Iowa. Ina was raised and educated in Boone County, Iowa.  She farmed near Ogden and was married to LuVerne Runyon on February 22, 1946 in Ogden, IA.  The couple farmed near Ogden until moving to Elk River, MN in 1967 where Ina, along with LuVerne, worked at the Cargill Research Farm.  She later began working as a metal fabricator at several fabricator companies in the twin cities area.  In 1972, they returned to farming in Zimmerman, MN where they retired in 1986.  The couple moved to Blue Earth in 2006.  Ina had been a member of the Methodist Church in each community where she resided. Ina is survived by her two sons, Sonny (Leona) and Daniel (Marlene); 6 grandchildren; 8 great-grandchildren; 4 great-great-grandchildren; sisters, LuLubel Kelley and Rosie (Darrel) Hacklander; sister-in-law, Donna Foust; and many loving nieces, nephews and friends. Ina is preceded in death by her husband, LuVerne; son, Wendell; brothers, Silas, Alfred, John, Ira, Louie, and Fred; sisters, Ann McKoy, Elsie Van Cannon, Mary Runyon, and Alice Tilley.
To order memorial trees or send flowers to the family in memory of Ina Viola Runyon, please visit our flower store.