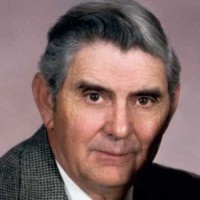 Harold was born on December 2, 1932 in rural Guckeen to Roy and Myrtle (Beason) Furland. He graduated from East Chain High School in 1951. Harold enlisted in the United States Army and served two years in Korea. He later worked in construction, as a union brick layer until his retirement at age 66. Harold married Carolyn Quam on April 5, 1958 at the United Lutheran Church in Frost. Together the couple lived happily in their Frost home for over 60 years.

Harold was a member of the Brick Layers & Allied Craftworkers Union, a lifetime member of the VFW, and a member of United Lutheran Church in Frost. His hobbies included gardening, fishing, and going south to Lake Havasu to spend time with friends.

Harold is preceded in death by his parents, and siblings, Donald, Kenneth, Alice, and Doris.

To order memorial trees or send flowers to the family in memory of Harold Duane Furland, please visit our flower store.