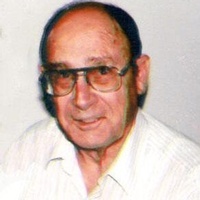 Harley Robert Meliza, age 83, of Blue Earth, passed away on January 6, 2018 at Oaklawn Rehabilitation Center in Mankato. Visitation will be Thursday at Patton Funeral Home in Blue Earth from 5-7 pm. Where Funeral Services will take place on Friday at 10 am.  Burial will be at a later date. Patton Funeral Home is entrusted with arrangements. www.PattonFH.com He was born August 19, 1934 to Howard and Mable (Beason) Meliza in Faribault County, MN.  Harley attended grades 1-8 in the District One Country School and graduated from Blue Earth High school in 1952. Harley served in the US Army from 1953-1956 earning the rank of Staff Sargent. On December 5, 1954 Harley married Edith “Peggy” Margaret Weed, in Chaska, MN.  To this union 5 children were born.  After returning from the Army, they lived in Mankato for 14 years, then moved to Good Thunder for 17 years, then ventured off to Arizona for 15 years, finally moving back to Blue Earth in 2004, where he resided until his death.  He was in the Postal Service for 32 years, serving as the Postmaster in in Good Thunder, MN for 17 years, retiring on his birthday in 1989. Harley enjoyed snowmobiling, canoeing, hiking and woodworking.  He loved watching his great grandkids play ball and watching Vikings games.  In his later years, craft beer brewing and wine making filled some time.  Harley is survived by daughter Mary Kay (Tom) Doyen of Good Thunder; sons, David (Tammy) Meliza of Mankato, Dean Meliza of Mankato and Mark (Letty Sykes) Meliza of Ensenada, Mexico; 6 grandchildren; 14 great-grandchildren; sister Donna Baker and brother Duane Meliza, special friend Dorothy Stensland, other relatives and friends. He is preceded in death by his parents, wife Peggy, daughter Dawn Marie, sister Helen (Richard) Johnston.
To order memorial trees or send flowers to the family in memory of Harley Robert Meliza, please visit our flower store.