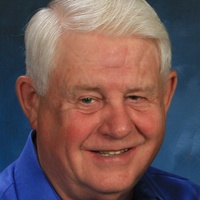 Gordon E. "Gordy" Miller, passed away on Saturday, December 11, 2021 at United Hospital District in Blue Earth. Memorial services with military honors will be held at 11am on Tuesday, December 21, 2021 at Hope United Methodist Church in Blue Earth with Rev. Lee Miller officiating. A time for visitation will be held from 4-7pm on Monday at Patton Funeral Home and one hour prior to the service at church. Gordy was born May 2, 1943 to Milo and Helen Miller in Blue Earth. He loved growing up as the fourth generation on the family farm and enjoyed many adventures, Jeep drives, bonfires and escapades there. He was surrounded by many cousins, family and friends whom he loved like brothers and sisters. After graduating from Blue Earth High School in 1961 he joined the Navy Reserves. He attended LeTourneau College in Longview, TX. He studied there two years before going to training at Great Lakes Naval Center. Gordy proudly served almost 30 years in the Navy and Navy Reserves. While on active duty he was attached to the submarine base in New London, Connecticut. He served aboard several nuclear-powered submarines, making eight Polaris patrols and several cruises on a fast attack sub. In Reserves, he served with the Mobile Technical Unit-9 (MOTU-9) at Fort Snelling. During his time on subs, he spent a total of two years underwater. Gordy and Bonnie had two children, Dave and Amy while they lived in Connecticut. Gordy retired from active duty shortly after Amy’s birth and the family returned to Minnesota to live among friends and family. Often, weekly visits with cousins and kids’ shenanigans would end with Dad saying, “We are never going back there!” The family continues to cherish regular visits and laugh about band-aids and the original “time outs” that landed each kid on their own chair or end of the couch by the end of the afternoon. He met Bonnie while she worked type-set in the canning room and huskers and he manned the cookers at Green Giant. If you never worked there, you sure missed out! They were united in marriage at Our Savior’s Lutheran Church in Kiester, MN on June 25, 1965. They loved to travel together often taking cross-country road trips to visit family and friends. Gordy was able to enjoy the sights in all 50 states as long as he could follow the tracks. They made frequent trips to Iowa visiting family and adopting nephews and nieces as honorary grandkids. He even had some of them convinced they would need green cards to get back across the border after going to visit Grandma. Gordy worked with the Blue Earth Valley Telephone Company and Bevcomm for 43 years maintaining radio towers and installing mobile phones. He had many good friends there and really enjoyed working in the basement of the main office with friends and in his own private offices on Eezy Street and in the Ag Building once it was determined he was a bad influence on the rest of the crew. Gordy lived his faith and was an active member of Salem, now Hope United Methodist Church in Blue Earth and the Gideons. He was also active in the Masonic Lodge, Order of the Eastern Star, Royal Arch Masons, Knight’s Templar and Zurah Shrine, as well as the American Legion. Anyone who met Gordy, left with several funny stories and smiles. He was preceded in death by his parents, Milo and Helen Miller, Mother and Father-in-law Harry and Eilene Wehr, Father-in-law Julius Frey, brother George Miller and sister-in-law Valeria Frey. He is survived by his wife Bonnie, son Captain Dave (Paula) Miller and their daughter Katie of Florida and daughter Amy of New Mexico. He is also survived by sister-in-law Judy Miller and her children Tom Miller and Karen Long, brother and sister-in-laws Sue (Rudy) Loy, Linda (David) Groskreutz, Steven (Bibi) Frey, Tommy (Denise) Frey, Kevin (Marian) Frey, and numerous special nephews and nieces (Julie, Aileen, Tony, Todd, Eva, Eilene, Jimmy, Lindsay, Nick, Alec, Josh, Andy and Emma). His many dear cousins (Linda, Winston, Bob, John, Diane, Connie, Colleen, Barb, Phil and Marilyn) were all like siblings to him and they each had a special place in his heart. Gordy and his family are blessed to have precious friends, neighbors and family like Louie and Marilyn Schaefer, David and Paula Schaefer, Jimmy and Kristin Frey, Chuck and Jean Shepherd, Anna Marie and Ron Garcia, and Johnny and Polly Montoya whose love and care continue to be a support to all the family. The family would like to thank the staff at the United Hospital District Clinic, Hospital and Emergency Room in Blue Earth, Dr. Karp and his staff, Frost Ambulance Crew and Mayo Clinic and Hospital and staff for their care and love during Gordy’s illness and passing. Memorials may be sent to Hope United Methodist Church, Frost Ambulance, or the charity of your choosing. Call, visit and write to your friends this Christmas, share some memories, and let them know how much they mean to you.
To order memorial trees or send flowers to the family in memory of Gordon Eugene Miller, please visit our flower store.