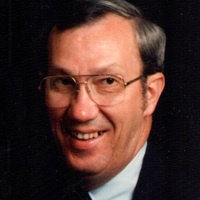 Memorial services will be held on Saturday, Jan. 4, 2020, at 1:00 p.m. at Patton Funeral Home in Blue Earth with Rev. Arne Halbakken officiating.

Gayle was born Dec. 26, 1937, in Bird Island to Clarence S. and Edna (Babcock) Ensrud. He attended Delavan High School. Gayle married Lois Hague on July 26, 1958 and they celebrated 61 years together. Gayle served for the Navy from January 1961-1963 in Washington, D.C. He was Commander of the American Legion Post #89 of Blue Earth from 1983-1984. He was employed by Hertels and Enterlines of Blue Earth, Arnold Motors of Fairmont and Steffens Chevrolet of Windom before operating his own auto parts store, G&L Automotive in Blue Earth for 12 years. Gayle and Lois then moved to Sanford, Florida to continue working for the next 20 years, returning home in 2005 to retire and live in Frost.

To order memorial trees or send flowers to the family in memory of Gayle "Swede" B. Ensrud, please visit our flower store.