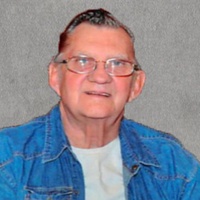 Gary Eichhorn, age 77 of Elmore passed away Wednesday March 2, 2022, in Albert Lea. A memorial service will be held at 10:30AM Tuesday March 8, 2022, at St. John’s Lutheran Church, Elmore with Rev. Michael Klatt officiating. Visitation will be one hour before the service at the church. Burial with military honors will be at Riverview Cemetery, Elmore. Online condolences can be left and livestreaming of the service can be viewed at www.pattonfh.com

Gary Bradley Eichhorn was born March 5, 1944, to Donald and Marian (Ziegler) Eichhorn in Buffalo Center, IA. He was one of 3 children; he grew up on the farm helping dad anyway he could. After graduating from Elmore High School, he joined the United States Navy where he proudly served for over 22 years. On October 19, 1963, he married the love of his life Gloria Pingel. Together they would raise their daughter Gail and call several places home while Gary served in the Navy. He was a boiler inspector on Navy ships and then upon retiring in 1982 he continued that work for different insurance companies after moving to the Elmore area. In his spare time, he enjoyed wood working, tinkering with computers and fishing.

He is survived by his daughter Gail Eichhorn of Elmore, sisters Rosemary Dahl and Gloria (Dale) Luckow, sisters-in-law, Joyce (Wayne) Risk and Marion Meyer, brothers-in-law, Otto (Dorothy) Pingel and Roger Meyer as well as many other extended family and friends.

He is preceded in death by his parents, his wife Gloria and brother-in-law Dick Dahl.

To order memorial trees or send flowers to the family in memory of Gary Eichhorn, please visit our flower store.