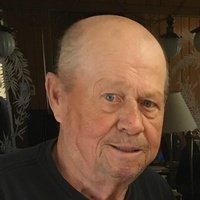 Gary Bussinger, of Blue EarthGary Lee Bussinger, age 71, passed away peacefully surrounded by family on Thursday, Dec. 14, 2017, at Mayo Clinic Health System in Mankato. Visitation will be held Sunday Dec. 17, 2017 from 4-6 p.m. at  Patton Funeral Home in Blue Earth.  Funeral Service will be held at 11 a.m. on Monday at St. Paul Lutheran Church in Blue Earth with Reverend Matthew Lorfeld officiating.  Interment will follow in Riverside Cemetery Blue Earth with military honors. Patton Funeral Home is entrusted with arrangements.Gary was born Oct. 12, 1946, in Blue Earth, MN, to Lester and Betty Bussinger. He attended school in Blue Earth and graduated in 1964. In 1965, he was drafted into the U.S. Army. He was a proud Vietnam veteran, and served as a Technical Sergeant and Communications Center Specialist from 1965-1967 with the First Signal Brigade. On April 18, 1970, he married Donna Wiltse. Together, they raised two children, Brent and Sheila. They made their home in Blue Earth, where Gary worked for Gerring Industries as senior purchasing manager from 1970-1982. In 1987, Gary began working for the Minnesota Department of Transportation. For MnDOT, he worked maintenance in the winters and was a construction inspector during the summers. He thoroughly enjoyed his job with MnDOT and was passionate about the work he did there. Even after he retired from MnDOT in January of 2010, he went back and worked road construction for a couple of summers. Gary was involved in many service organizations throughout the years. He served as a member of the Blue Earth Fire Department for 20 years. He was also involved with Ducks Unlimited, Pheasants Forever and the Sportman’s Club. He was a lifetime member of the Blue Earth VFW, as well as the Blue Earth American Legion Post 89, where he served as past Commander. Gary enjoyed the outdoors and loved tinkering around in his garage. He and his family spent many summers up North on Lake Winnie. He loved to spend hours on the lake fishing. He also loved to spend time outside grilling. His face would light up in the presence of his five grandchildren. He was a dedicated friend to many and will be missed for his quick wit and humor that came so naturally to him.Gary is survived by his wife of 47 years, Donna; children Brent (Melissa) Bussinger of Janesville, WI; Sheila (Tim) Daggett of Eagle Lake, MN; his grandchildren, Madison and Ashton Bussinger, and Carson, Jacob and Lauren Daggett; his sister, Sharon and Mike Douglas; his brother, Mike Bussinger; as well as many nieces, nephews and friends. He was preceded in death by his parents Lester and Betty Bussinger; grandparents Walter and Gleada Bussinger and Fred and Amanda Mielke; brother-in-law  Robert (Bill) Ogilvie, Jr.; and sister-in-law Judy Bussinger. Gary's Memorial Folder
To order memorial trees or send flowers to the family in memory of Gary Lee Bussinger, please visit our flower store.