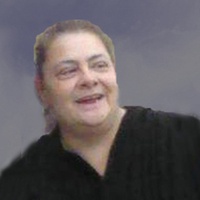 Donna R. Cyphers, age 60 of Elmore, passed away on August 25, 2021 at United Hospital District in Blue Earth. Funeral service will be held at 11am on Tuesday, August 31 at St. Paul Lutheran Church in Blue Earth. A time for visitation will be held on Monday from 4-7 at Patton Funeral Home and one hour prior to the service at church. Burial will take place at Riverside Cemetery in Blue Earth. Web tributes may be left at www.pattonfh.com.

Donna Rae was born on July 13, 1961 in Caribou, Maine to Marcus and Violet (Conklin) Mahlstedt. They moved around a lot in her childhood and Donna obtained her GED. She attended some college for accounting at Riverland Community College in Albert Lea. She later met, Rollo Cyphers and the two were wed on July 9, 1983. The later divorced and got married again on May 15, 1995. The couple settled outside of Elmore.

She was a member of St. Paul Lutheran Church in Blue Earth. Donna enjoyed collecting. She collected Mickey Mouse, spoons, and cookbooks. She loved to entertain, play bingo, thrift shopping, cooking, and baking. Donna loved her family and was a grandma to everyone. She always had a smile on her face, and was very giving. She helped anyone and everyone and was always putting others before herself.

She is preceded in death by her parents, Mark and Vi, and parents-in-law, Rudy and Velma Cyphers.

To order memorial trees or send flowers to the family in memory of Donna R. Cyphers, please visit our flower store.