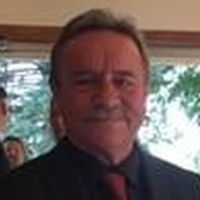 Donald John Anderson was born December 31, 1954 in Blue Earth, to Marjorie Irene (Bobo) and James Ellsworth Anderson. He graduated with the Blue Earth Area High School class of 1973. Don recently retired from the Faribault County Court House after 29 years of employment. He was a loving dad, and his pride and joy were his grandkids.  He loved fixing things, tinkering for hours with his motorcycle.  Taking many long and short rides solo, always coming home to Janie.  Don liked to give tried and true advice to others, stemming from his past experiences.  He will be remembered for always having a smile on his face and taking a minute to say hello. Don is looked up to and respected by many. Looking back, many would say, “Don WAS always right!”.

To order memorial trees or send flowers to the family in memory of Donald Anderson, please visit our flower store.