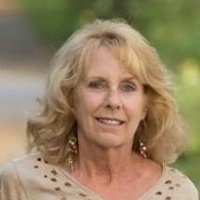 Diane Tvedten, 65 of Blue Earth passed away Monday September 2, 2019 at her home surrounded by those that love her. A funeral service will be held Saturday September 7 at 11am at St. John’s Lutheran Church, rural Elmore with Rev. Joel Lintner officiating. Visitation will be Friday September 6 from 4-7pm at Patton Funeral Home with a special time of remembrance for family and friends at 6pm and again at the church one hour prior to the service. Burial will be at St. John’s Lutheran Cemetery.

Diane was born in Blue Earth to Lloyd and Clarice (Malwitz) Abraham on September 8th, 1953 and was confirmed at St. John’s Lutheran Church in Elmore. She graduated from Blue Earth High School in 1972, and then attended Mankato State College. She worked several years for 1st National Bank of Elmore, before taking a position with AgStar Financial Services where she remained employed until retirement.

On June 19, 1976, Diane married the love her life, David (Dave) Tvedten. This union was blessed with two daughters, Danielle and Danica. She was further blessed with the birth of her grandchildren - Zoey, Jacob, Sophia, and Kimber. She loved giving four-wheeler rides, attending their various activities and of course singing & snuggles.

One of Diane’s greatest passions was her love for music, and with her talent she blessed the St. John’s Lutheran Church congregation with her musical abilities for over fifty years, where she was also a lifetime member.  She was also the first female firefighter to join the Elmore Fire Department and volunteered with them for many years.

Diane was preceded in death by her husband, David Tvedten, along with her parents.

To order memorial trees or send flowers to the family in memory of Diane Renee Tvedten, please visit our flower store.