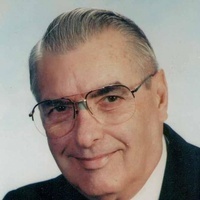 Bruce L. Gore passed away with his loving family by his side, Thursday January 24, 2019 at St, Mary’s hospital in Rochester. A private family funeral service will be held Monday January 28, 2019. Online condolences can be left at www.pattonfh.com

In 1950, he returned to Ames and entered the JC Penney Management Training Program. This year he also met and dated Norma Colleen Moore from Collins, Iowa. They became engaged on Valentine’s Day in 1951 and three months later he was drafted and served in the Army during the Korean War. After basic training, he was assigned to the base in Fort Jackson, South Carolina. Colleen traveled to Fort Jackson where they were married in an army chapel on August 3, 1951. After his discharge as a corporal in 1953, he returned to JC Penney in Ames and it developed into his lifetime career. In 1955, he was transferred from Ames to Fargo, North Dakota, as a department Manager; in 1960, he was transferred to Jamestown, North Dakota, as an assistant department manager to open a new store; in 1962, he was promoted to Carrington, North Dakota, as store manager; in 1965, he was promoted to Vinton, Iowa, as store manager and in 1975, he was promoted to store manager in Blue Earth, Minnesota, where he remained until he retired from Penneys in 1986. After retirement from Penneys, he spent a short time with Shoppers Enterprises in Blue Earth. A quadruple heart bypass in 1988 precipitated a permanent retirement.

He was a lifetime member of the American Legion which he joined in 1955. He participated in many positions and activities in the various locations his career took him. He served as chamber board of directors, Kiwanis board of directors, and in Jamestown, was chairman of the annual large Buffalo Days celebrations. In Vinton, he was involved in establishing a Fellowship of Christian Athletes group in the high school and was assistant at the boy scout camp. He was a lifelong member of the Methodist Church in each city he resided in. At various stages of his life, he enjoyed golf, duck and goose hunting, fishing and sport activities.

Bruce is survived by his beloved wife of 67 years, Colleen, sons; Jeffrey (Brenda) Gore from Eldora, Iowa, Gregory (Jean) Gore from Rochester, Minnesota; and daughter, Linda (Marv) Kottke, from Mankato, Minnesota. He has 11 grandchildren and 14 great-grandchildren. He is also survived by his only sibling, his sister, Sharon (Gore) Moya, from Omaha, Nebraska, and numerous cousins, nieces and nephews.

He is preceded in death by his parents and parents-in-law.

Donations to UHD Hospice or your favorite organization would be greatly appreciated.

To order memorial trees or send flowers to the family in memory of Bruce L Gore, please visit our flower store.