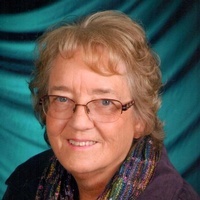 Bonnie Lee Williams, age 75 of Blue Earth passed away Tuesday October 30, 2018 at her home with her loving family by her side. Visitation will be 4-8 pm Friday November 2 at Patton Funeral Home and one hour prior to the service at the church. Funeral service will be 11 am Saturday, November 3 at Trinity Lutheran Church with Rev. Jeanette Bidne officiating. Burial will be at Riverside Cemetery. Web tributes may be left at www.pattonfh.com. Bonnie was born March 26, 1943, at Blue Earth, MN, the daughter of Robert and Hazel (Denney) Christopherson. She graduated from Blue Earth Area High School in 1961 and attended Luther College for 2 years. On March 26, 1975 in Sioux Falls, SD she married Duane R Williams. Mom adored her grandchildren and great grandchildren, spending as much time as she could with them, as well as other family and friends. Her passions included crafts, shopping, traveling, especially to Hawaii and spending as much time as she could at the camper down at Cutty’s of Okoboji, Ia, where she volunteered for 30 years teaching arts and crafts.  She enjoyed Christian music, especially Michael W. Smith and the Oakridge Boys and went to many of their concerts. She also got to meet the Oakridge Boys. Bonnie is survived by her husband, Duane Williams of Blue Earth, mother, Hazel Enger of Blue Earth, children; Lori (Bill) Hanson of Blue Earth, Lisa (Charles Olson) Passante of Blue Earth, James (Rhianna) Van Ryn of Blue Earth, Jason (Heather) Williams of Emmetsburg, IA, Marianne (Charles) Lehman-Gomes of Hilo, HI, Kelli (Joe) Chandler of Grants Pass, OR, brother, Mike Enger of Blue Earth, sisters; Kathleen (Don) Turvold of Red Wing, Jean Wagner of Blue Earth, nine grandchildren, 7 great-grandchildren, foreign exchange student, Jeragh Mahadeo of FL, special friend, Kathy Kreklow of VA, and many special foster children. Bonnie was preceded in death by her fathers; Robert Lee Christopherson, Gordon Enger, and her paternal grandparents, Leonard and Clara Christopherson and maternal grandparents.
To order memorial trees or send flowers to the family in memory of Bonnie Lee Williams, please visit our flower store.