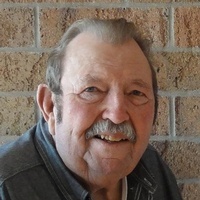 Visitation time will be from 5:00pm-7:00pm Monday, March 18, 2019, at Patton Funeral Home & Cremation Service, 400 E. 14th Street in Blue Earth and one hour before the service at the church. Funeral services will be held on Tuesday, March 19, 2019, at 11:00 AM, at Trinity Lutheran Church in Blue Earth, with Rev. Jeanette J. Bidne officiating.  Burial will be in Riverside Cemetery, Blue Earth.  Web tributes may be left at www.pattonfh.com

Art was born May 15, 1935, in Emerald Township, the son of Lars and Lena (Udstuen) Rame. He was the youngest of eight children who all were raised on a farm near Brush Creek, Minnesota. He was baptized and confirmed at the North Blue Earth Lutheran Church. He attended country school in Bricelyn and graduated in 1953 from Wells High School. He enlisted in the Army April, 1954 and served two years in South Korea. He was honorably discharged February, 1956. He was a member of the Legion Post NO 89, and the VFW Club of Wells. He went to trade school of Masonry in St Cloud and Carpentry school in Austin.

He was united in marriage to Barbara Ann Weber on October 6, 1956, at the EUB(four mile church). They raised a family of five children. They resided in Blue Earth for 62 years. He was an artisan of his trade and was partnered in his own business R&J Construction. He enjoyed woodworking, hunting, fishing, playing pool, and watching wild life. His greatest joy came from spending time with his family and friends.

To order memorial trees or send flowers to the family in memory of Arthur Leonard Rame, please visit our flower store.