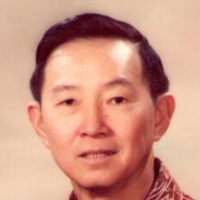 In Lieu of flowers, the family would prefer memorial donations be made in Andy’s name to the American Cancer Society, UHD Hospice, or United Hospital District.

Andy Kim Huynh was born Huynh Kim An on January 13, 1933 in Saigon, Vietnam to Huynh Kim phung and Huynh thi sang. He attended school in Vietnam for 16 years, earning a degree in engineering. Andy was married to Carolyn Kim Huynh in Vietnam in 1957. He was a member of the Army of Vietnam. He achieved United States citizenship through naturalization on November 24, 1981. Andy and his family were the 1st Vietnamese family in town and were sponsored by the Blue Earth Ministerial Association. He and Carolyn loved this small-town life.

Andy was a hard worker. His first job in Blue Earth was at St. Luke’s. He then worked some various construction jobs around the state. He then took mechanic classes in Jackson. Later going on to work at JM Manufacturing in Winnebago. Andy also owned his own restaurant on main street in Blue Earth, Andy’s Oriental Café. After his retirement, Andy kept himself busy, and for 19 years he worked for JSO Farms, LLC. In his spare time, Andy enjoyed gardening and cooking.

To order memorial trees or send flowers to the family in memory of Andy Kim Huynh, please visit our flower store.